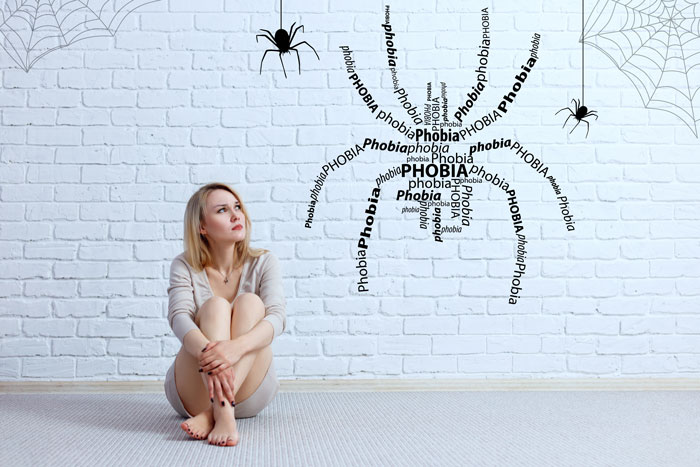 A phobia is a certain type of anxiety disorder that is defined as a persistent and excessive fear of an object or a situation. It can take many forms. From a fear of dogs or spiders to needles to crowded places to trains to seeing a dentist or GP to going through tunnels or over bridges.  There is likely no end to the list of situations and objects that a person cant develop a fear of. The onset of the fear is usually very quick and the physiological experiences are intense and disturbing. Quite often a panic attack, which is what the experience becomes when the individual is unable to regulate the emotional response adequately, will feel like they are having a heart attack. There is a very real fear of fainting and that this loss of consciousness will be socially embarrassing.

The individual will go to great lengths to avoid these situations or objects to the point that their lives become more difficult and if the object or situation cant be avoided the individual will experience a great deal of distress. The knock on effect is that entire families lives are changed as a result of the individuals anxiety.

The cause of these phobias is suggested to be evidence for a psychological model called classical conditioning. This model simply put is that if a person were to experience an adverse event (walking in the forest and almost stepping on a snake) then they would not only develop a fear of the adverse event (snakes) but also of the neutral event (forest and possibly not just that specific forest).

Biofeedback training allows the individual to regulate the fear response (as part of the fight or flight response) so that Cognitive Behavioural Training (CBT) can be used effectively to break the association with the nuetral event.

If you are interested in this type of treatment approach for anxiety, go to the Contact Us to make an appointment